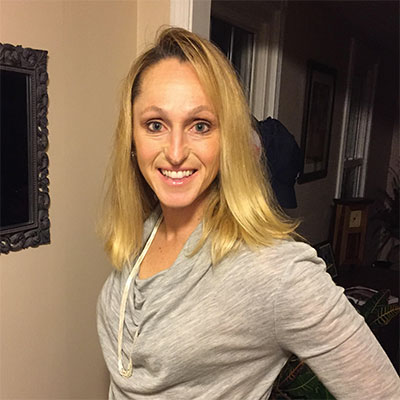 Pells Keeper School, founded in 2007 by Laurie Pells George, is a complete goalkeeping resource designed for goalkeepers. Laurie has 15 years of collegiate coaching experience at the Division I level and three years at the Division III. She worked for three years at The College of New Jersey where she won a National Championship in early in her career. Additional coaching experience includes working six years at Clemson University from 2001-2007 and nine years at the University of Maryland from 2007- 2016.

Laurie is the former Director of Goalkeeping with Bethesda Soccer Club, member of MSYSA coaching staff, US Youth National Team GK Coach, coached in the summer of 2017 with the Jordan Women’s National Team as their goalkeeper coach.

Laurie was a former professional goalkeeper with the Philadelphia Charge in the WUSA. Laurie currently holds the NSCAA National shutout record with 57 career shutouts. She is a 3 time All-American from Georgian Court College. Laurie has been inducted into the Hall of Fame 3 times. Laurie has her USSF A License and her NSCAA Advanced National Goalkeeper License.

Laurie has worked at all levels of the game from youth soccer to national team level. Along with Laurie, PKS hires current and former collegiate goalkeepers who have all had years of experience coaching with Pells Keeper School’s camps and clinics. “Only the best coaches I know work for me and understand the methods I use that are correct and will continue to teach that to any goalkeeper that we work with.” They have a wealth of experience between them to share with the PKS goalkeepers. The former Laurie Pells married her husband Ryan on May 23, 2009. The couple has two young daughters, Ashley and Katelyn, and currently live in Ellicott City, Md.

Director of Goalkeeping Bethesda Soccer until May 1

Graduate Degree in School of Counseling- The College of New Jersey

The modern Goalkeeper has increased demands to be a more complete player than ever before. The responsibilities of the goalkeeper extend far beyond just standing between the posts. From being the first line of attack to the last line of defense. Pells Keeper School Goalkeepers will learn the technical skills needed to be successful and tactical savvy from playing in the goal in game like situations, under the guidance of a goalkeeper coach, coaching the player from in the goal and not from the sideline. Greater emphasis will be placed on becoming a player who understands and can execute the modern demands of Goalkeeping. The individual attention and quality of training that students receive in this small group setting is the foundation upon which Pells Keeper School Goalkeeping was created and will continue to provide.

I want to have the same relationship with my students that I had with my coaches whom I admired and trusted with my talent. I want to do this in an environment that helps develop the whole player. First and foremost, the technical and tactical aspects of goalkeeping will be stressed; additionally, physical preparation, and the mental side of the game will also be emphasized. Saving goals-from shot stopping and breakaways to dealing with crosses, from distribution and organizing the defense is just part of the Pells Keeper School Goalkeeper experience.